Wow.  I did not know this was going to hit the forums yet.  Yes, we cut in some trail before we went to Whistler for the summer.  The trails are still rough and need work so if you ride, ride appropri 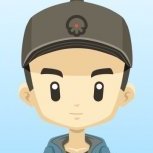 I’ve been using Peddlers pass as a way to build up my peddling strength and riding stamina. I’ve come to love that trail as an intermediate rider. The faster you go, the more fun it gets.  But it